Are you one of the thousands of Fixer Upper fans who would love to take a tour of homes that Chip and Joanna Gaines have remodeled?  Me, too!  And I got to do just that on my last trip to Texas!  I learned several years ago that the best way to learn about a city was to take a guided tour. There’s really no other way to get so much information in such a short time. So when I planned our last trip to Waco I decided to book a tour with Waco Tours.  We were NOT disappointed.  Even my dad, who has lived near Waco for 70+ years, said he learned a few things! 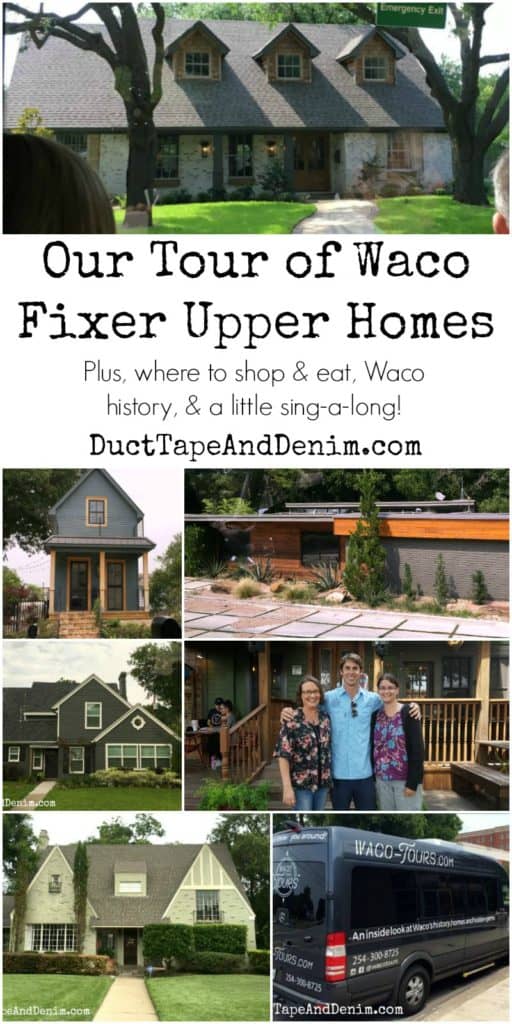 Waco Tours provided this tour for no cost to me but all the opinions, ideas, and photos are my own.  This post also contains affiliate links.  You won’t pay any more when you use these but I will earn a small commission on any purchases you make after clicking on them and I greatly appreciate it.  Thanks for helping support my little blog!!!

{{{ Sign up for my newsletter list & have all our vintage shopping and market posts sent straight to your inbox! }}}

Last year I wrote an article called “25 Things to do in Waco“. Since then I’ve had people contacting me every week with places to add to my list. One of those kind readers told me about Waco Tours. So we arranged a tour during our last trip.

Now, I grew up just north of Waco and went to college just south of there. So I’ve been to Waco many, many times and I thought I knew a lot about it. But, as I said, even my dad, who has lived in the area for 70+ years learned a few things that day!

Make sure you read The Magnolia Story before you go!

Our tour was about two and a half hours long. It’s a driving tour with several stops. Not much walking at all.

We had a bit of an extra adventure on our day. We started with Adam as our driver. But he had an emergency and had to leave, so one of the co-owners, David Ridley, stepped in to cover. David was on one of the Fixer Upper shows so I got to ask him a few things about it too. Then we finished out with Scott. 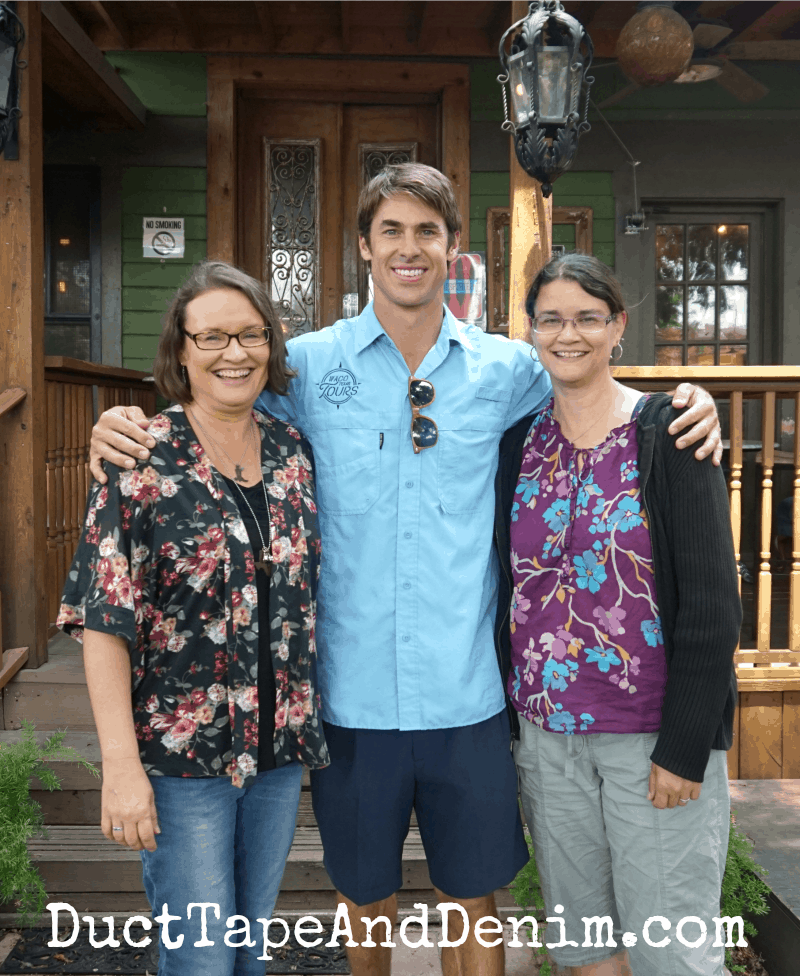 I didn’t even know it when I scheduled the trip but this just happened to be their one year anniversary! They now have about 30 employees and are doing 2-6 Tours a day for the 100,000 fans who travel to Waco every month.

When I told people I was going on the tour and might get to meet David I asked “what would you like to know”. The most asked question was “did you keep the furniture”. David said that each makeover was different and they actually used a lot of the furniture he already owned. Plus he said that was the question he is most asked, too! Here’s one of our videos we did during the tour:

First stop, Heritage Creamery and Common Grounds where we got our choice of coffee or ice cream. I asked our guide, Zach, what his favorite was and tried the Derby Pie ice cream on his recommendation. It was amazing!

I also had a few sips of a couple of different coffees. Great coffee, roasted right there in Waco.

Back to the bus and a drive through Baylor University, by the Texas Ranger Hall of Fame, and through parts of Waco that I’ve driven by and never noticed. The tour included old parts of Waco that are just beginning to be brought back to life and many local community projects that are bringing jobs back to locals. This part was very inspiring!

We now have a long list of eateries for my new “food editor/critic” to try out! Let me know if you have other suggestions to add to our list.

Then we drove down the Brazos river, through Cameron park, to our next stop – Lovers Leap.  I’ve heard this romantic story all my life.  Not sure if it’s true, but it’s a great story! 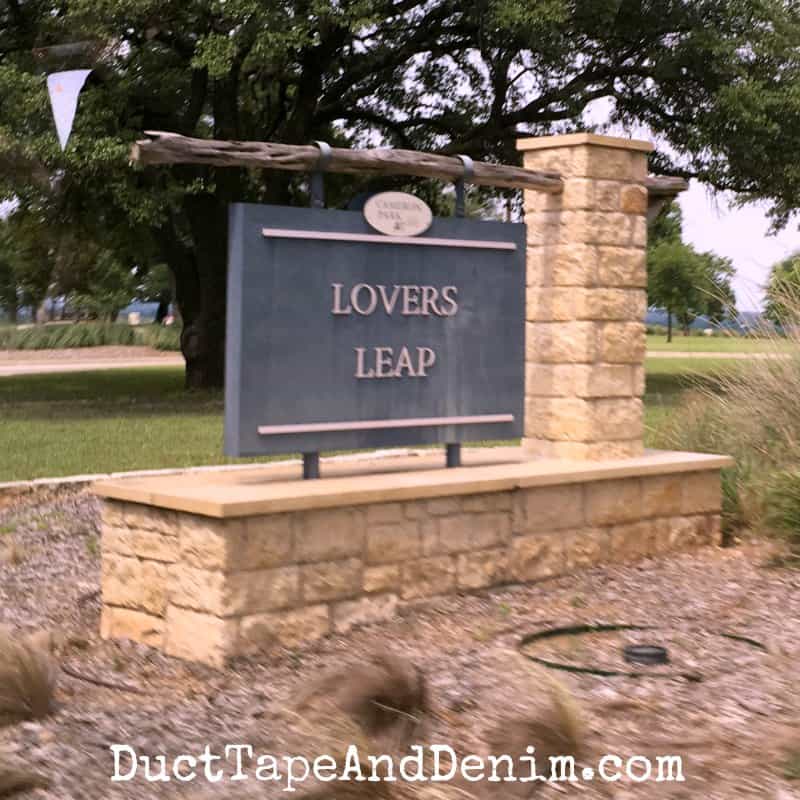 After getting back into the van we had a little singalong. “Running Bear” was stuck in our heads the rest of the day. Tex even came home and downloaded it so we got to listen to it on our walk that evening too!

Third stop, Harp Design Co.  we’d been there before too but it looked completely different this time. We had to do some quick power shopping. 10 minutes here. No problem for us power shoppers. I bought a cement pear for my powder room makeover. 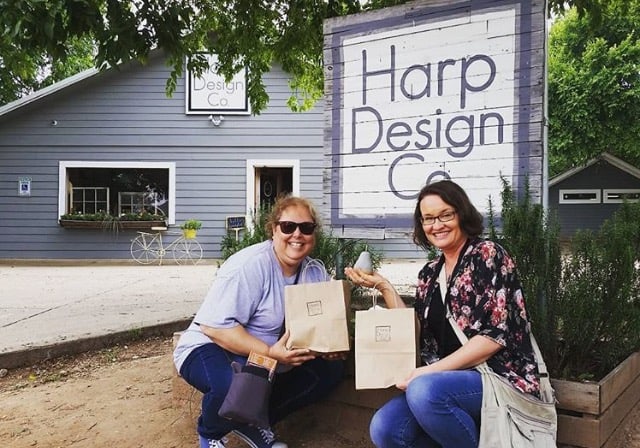 The rest of the tour focused on the different neighborhoods in Waco. And there is a wide variety of styles to choose from. Chip and Joanna will never run out of Fixer uppers! 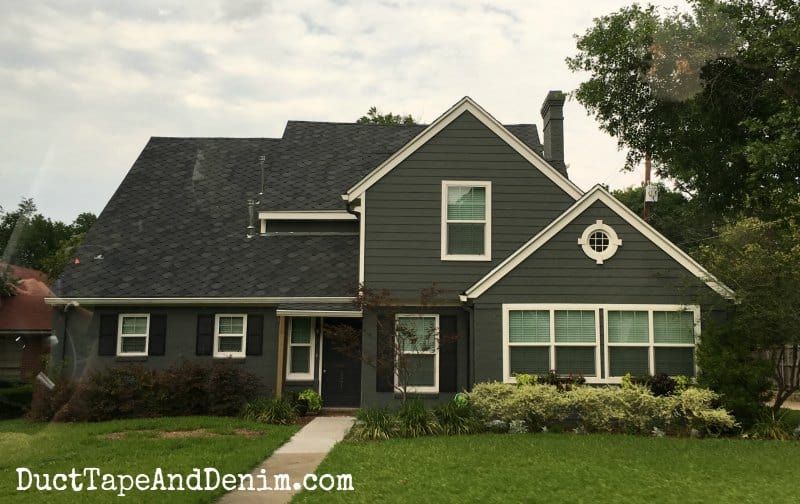 We got to see the lake and the castle, all the while Zach was explaining the history and stories behind each place and answering our questions. That’s something you won’t get on a self-guided tour.  Did you know there was a castle in Waco?  It’s getting a makeover, too! 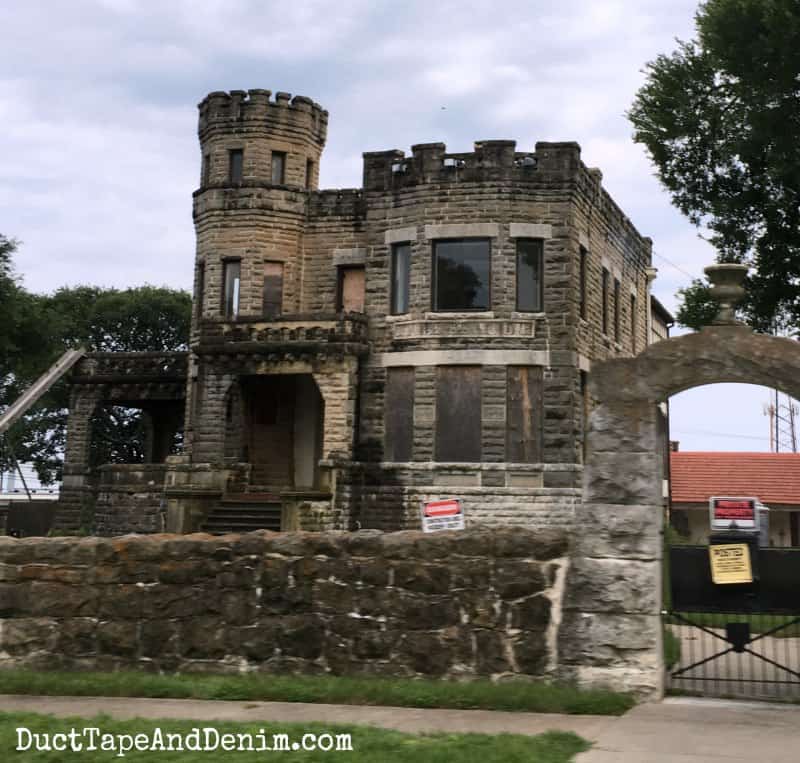 Since our guides actually know Chip and Joanna we also got a lot of behind the scenes stories about them. Like how they almost didn’t get the show because their first interview wasn’t going so well. In between filming sections they were goofing off and the producer said, “Do it again… just like that…be yourself”. Which I think is great advice for all of us! Everyone that I talked to said, “YES, Chip and Joanna are just like they are on TV.”  Actually, everyone we met here was friendly, genuine, and made us feel completely at home on our tour.

We drove past Chip and Joanna’s first “fixer upper”.  Isn’t it cute?

We also got to see the Shotgun House, German Schmear House (Both of which are available to rent on Airbnb!!!), the Mid-Mod House, and several others!

So for those of you thinking about moving to Waco, or even if you’re just going to visit Magnolia Market, start off with Waco Tours. You’ll be glad you did.

Here’s the complete Magnolia Market Table of Contents… or you can just hit the Next Page button above to go to the next story.

Thanks for reading!  Leave a comment and let me know if you’ve been on Waco Tours!

‘Til the next trip,