When my daughters were at home we baked A LOT.  We probably spent more on vanilla than any other ingredient.  At least until a few years ago when we learned how to make vanilla extract at home.  My sister started making it first when she realized that “100% pure vanilla” could also contain ingredients like corn syrup and artificial vanilla (much cheaper) can contain even more artificial flavorings and colors.  Once you learn how easy this is to make you may  never buy it again! 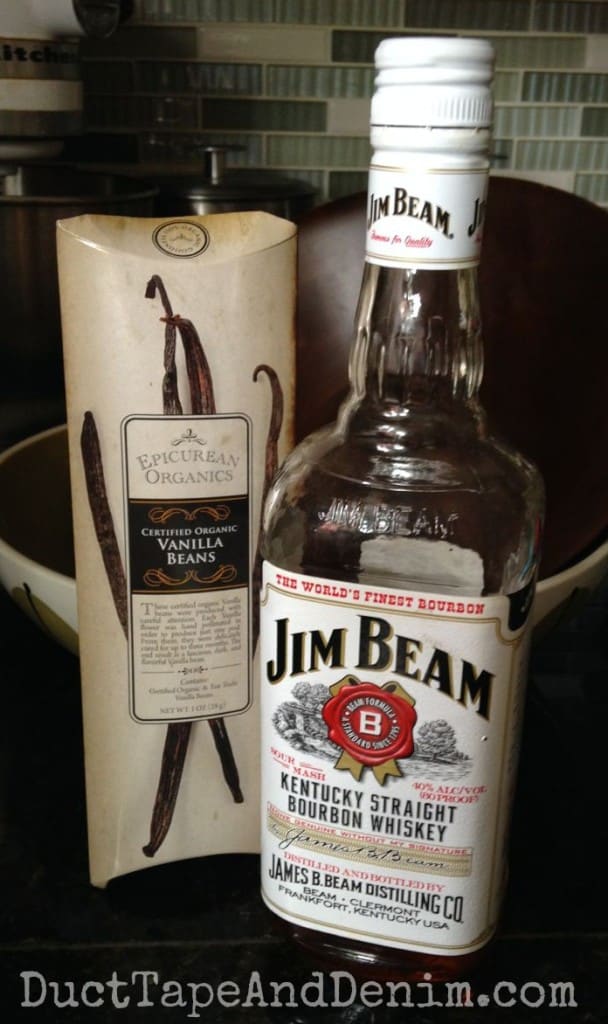 {{{ Sign up for my DIY/crafts email list and get ALL my future projects sent straight to your inbox! }}}

How to Make Vanilla Extract at Home

It only takes two ingredients: 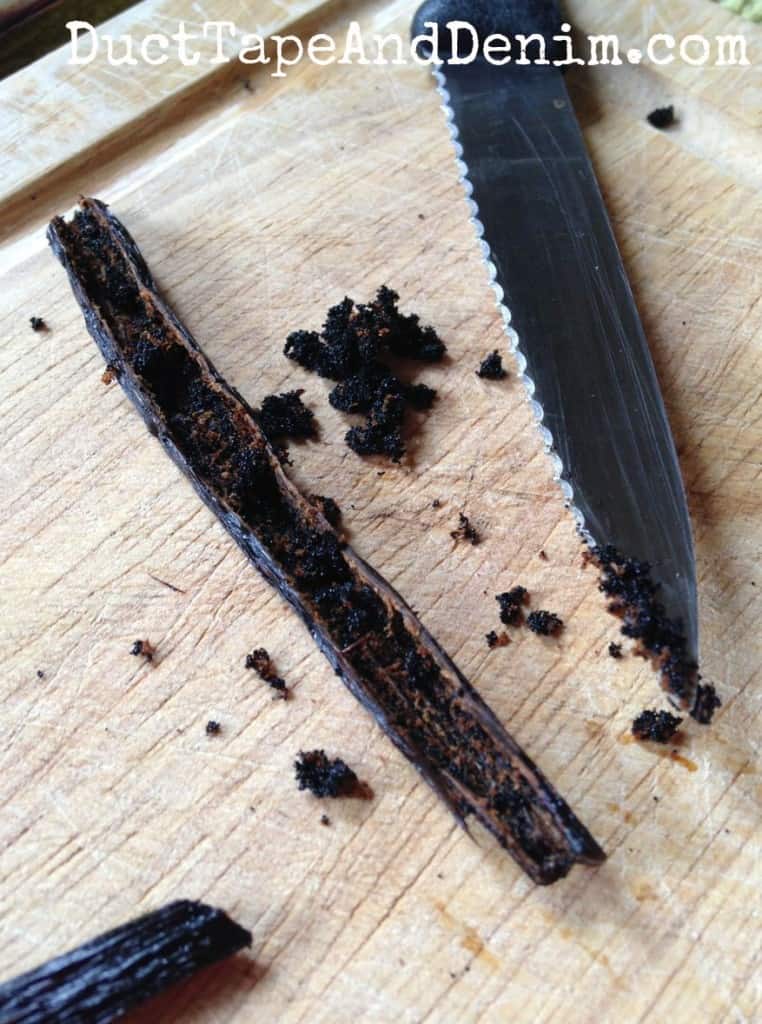 Cut open the vanilla beans, scrape out the good stuff in the center, and add it all, insides AND outsides, to the alcohol.  I use bourbon, my sister uses vodka.  They end up tasting different so it’s still nice getting a little bottle from her as a gift.  (hint, hint…)

I’ve seen recipes that vary from 1 to 4 beans per cup of alcohol.  I’ve used 1 in the past but I think I’m going to start adding more.

You can get a fancy bottle but we had already used some of this bottle (making Paula Deen’s Bourbon Pecan Pie) and had plenty of room.  I stuck it in the cool, dark pantry and shook it every time I went in there.  It was ready in about 6 weeks.  This is what it looks like when it’s ready. 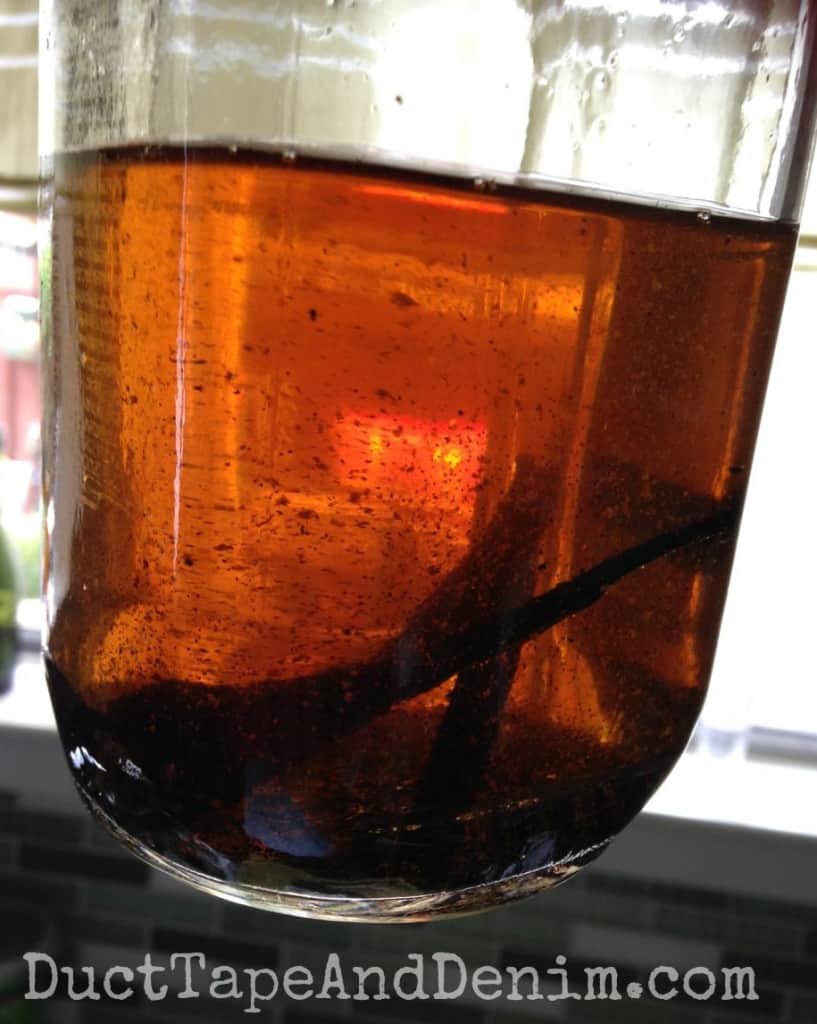 After six weeks we can use it or pour it into smaller bottles to give as gifts.

BTW, “bourbon vanilla” does not mean it is made with bourbon. It’s a type of vanilla that is grown in the Indian Ocean islands, previously known as Ile Bourbon.

I also learned while doing some research on vanilla that some of the Mexican vanilla that we used to get when we crossed the border sometimes used tonka beans instead of vanilla and has been proven to cause liver damage… scary!

Christmas in July 2014 with Duct Tape and Denim includes: