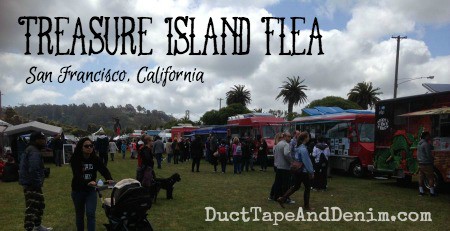 Here are the answers to some of the questions I get asked most often about Treasure Island Flea Market:

Yes, the flea market is really on an island.

No, there isn’t any real treasure on Treasure Island.  Unless you count the radiation left behind by the military!  Much of the island is contaminated from radiation from Naval testing.

I’ve read that an average of 15,000 people attend the flea every month.  I think it looks like more than that!  Let me know what you think after you watch the video.

It’s also a ‘dog-friendly’ flea so there are lots of puppies there, too! 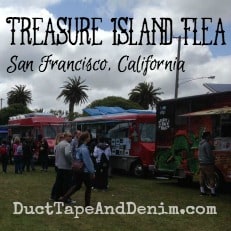