Last Saturday we went to the Halloween store in our local mall.  They had out all their fall and Halloween decorations.  One of the things they had was a bag of spiders!  Jordann looked at them and decided to come home and make some for herself.  Here’s her simple Halloween spider tutorial! 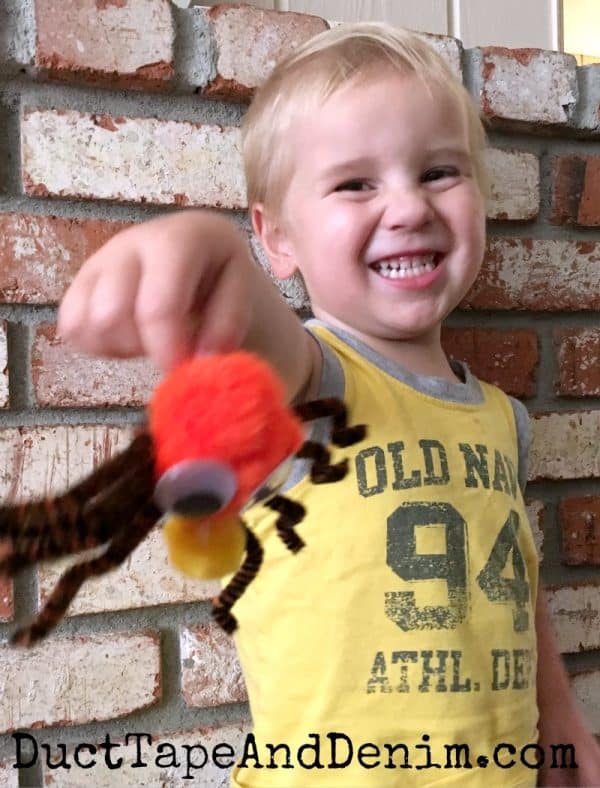 UPDATE:  This spider tutorial was originally published before Leo was even born!  But I made them with him last year and he loves them, too.  He knows I hate real spiders and had a great time “scaring” me with them! 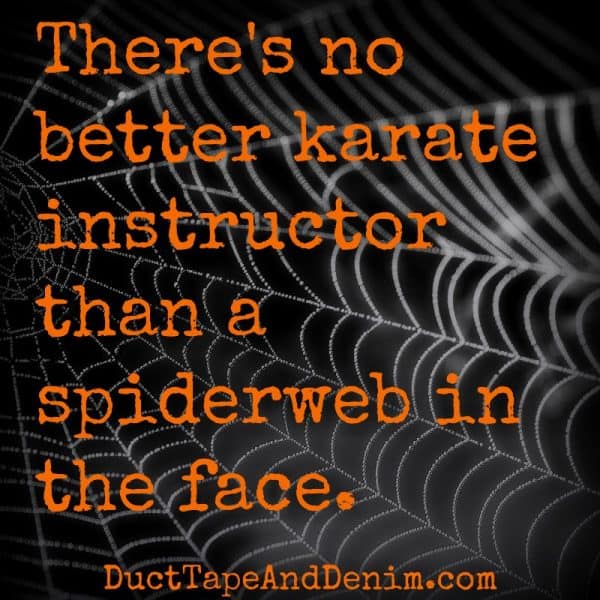 She was working on them when we Skyped Kim Tuesday.  Kim said her daughter would love to make them but she couldn’t ever think of fun stuff like that to make.  So we decided to make a spider tutorial for her — and anyone else that would like to use it.

How to Make Halloween Spiders

Here’s what you need to start:]

Gently pull apart and cut at the bends.

You should have 8 little “legs” now:

Grab each end of one leg.  Move one hand up and one hand down to make the bent parts of the leg.

Put a small line of hot glue on one side of the pom pom.  She tried gluing each individually at first but this method was easier.

Then glue on the eyes and you have a cute little spider!

Jordi hung a few on our scary black light fixture to show you how to use them.  Angie said she was going to try to tie a black thread on it to hang hers.  That should be cute.

Hope they don’t attract any of the real thing!!!

Here’s Leo’s spider in my fall centerpiece.  I love that he added a nose! 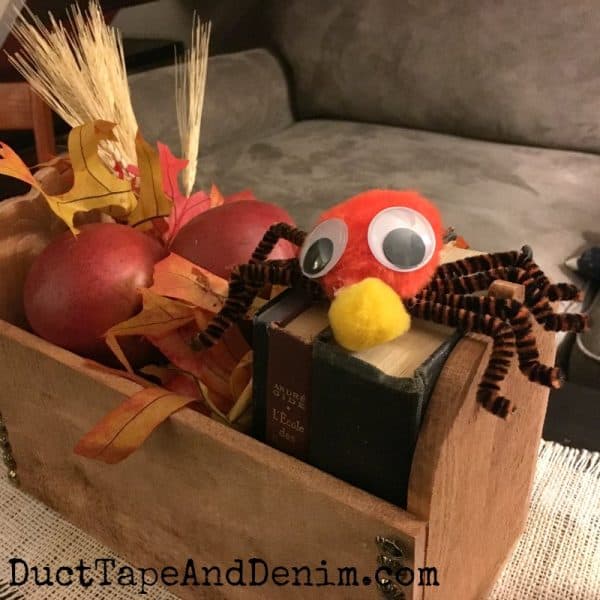 Hope you enjoyed our first tutorial.  If you make them come over to our new Facebook page, DIY Halloween, and share a photo with us.  And let us know if you’d like to see more.  I may take pictures at our craft day and give you a step by step for some of the little books we’ve been making.