Today I’m sharing a family favorite recipe from my husband’s grandmother, aka “GG”.  That’s what my kids called her.  Short for Great Grandma.  She made this corn pudding recipe as far back as I can remember so I don’t know where it originally came from.  It appeared at most of the family holiday meals and occasionally at a Sunday dinner.  The recipe makes a huge amount but as you’ll see later, I often split it into two, keep one, and give the other away. 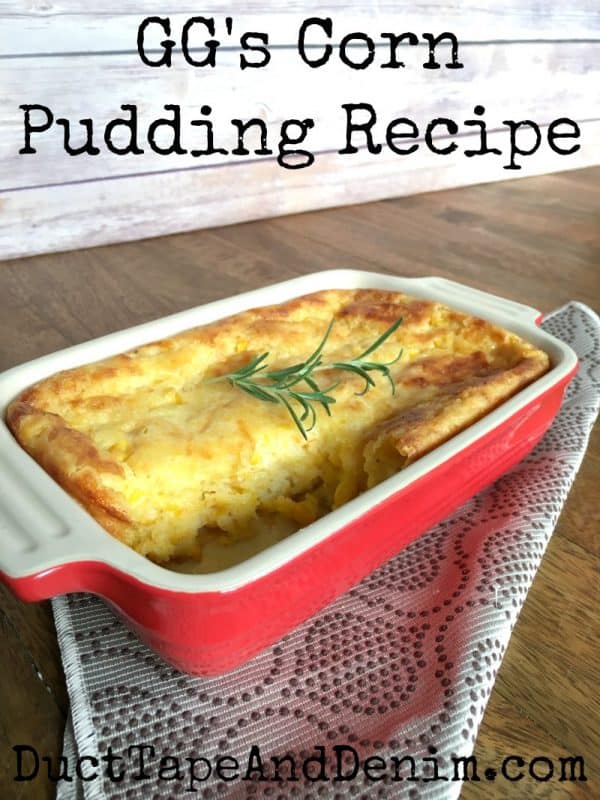 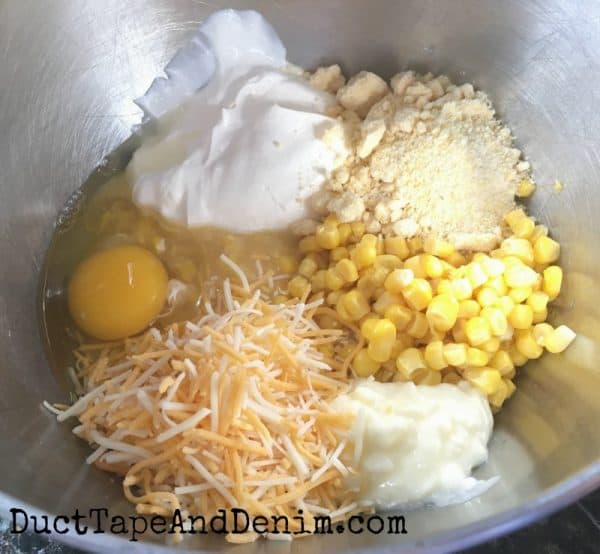 Shhhhh…. don’t tell my hubby this corn pudding recipe has so much sour cream in it.  He doesn’t like sour cream… but he LOVES this recipe!  Yeah, I make a mess when I cook! 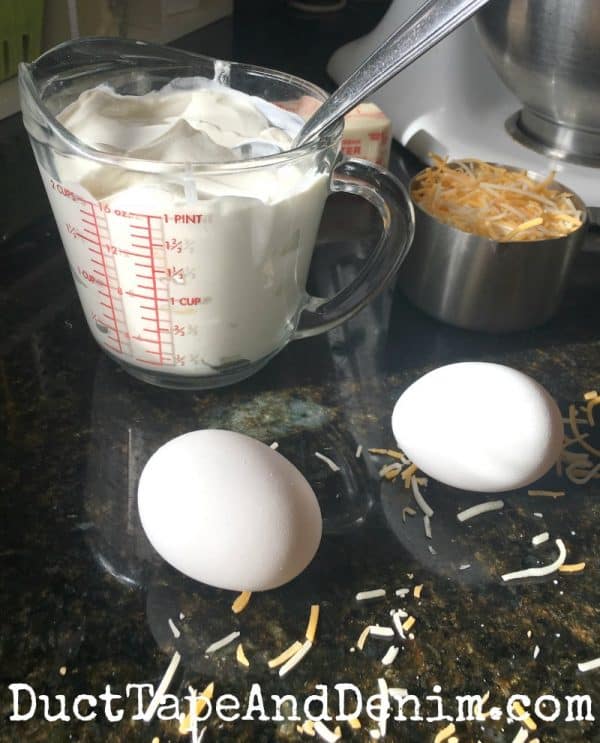 Mix all ingredients together well.  I’ll just give you a little warning and let you know that it doesn’t look very good at this point.  But don’t worry, it’ll turn out delicious! 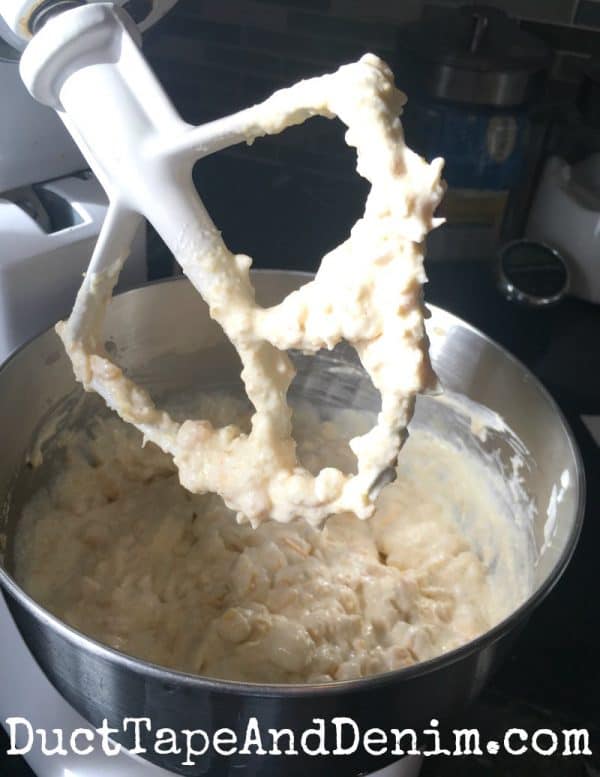 Pour into a greased 13″ x 9″ baking dish and bake 35-45 minutes or until golden brown on top.  The day I made this for the blog I actually used two baking dishes.  One 5″ x 7″ pan for our dinner.  That will be enough to serve 2-3 people as a side dish.  Then a foil 9″x9″ pan to send over for another family’s dinner.

And now for the finished corn pudding: 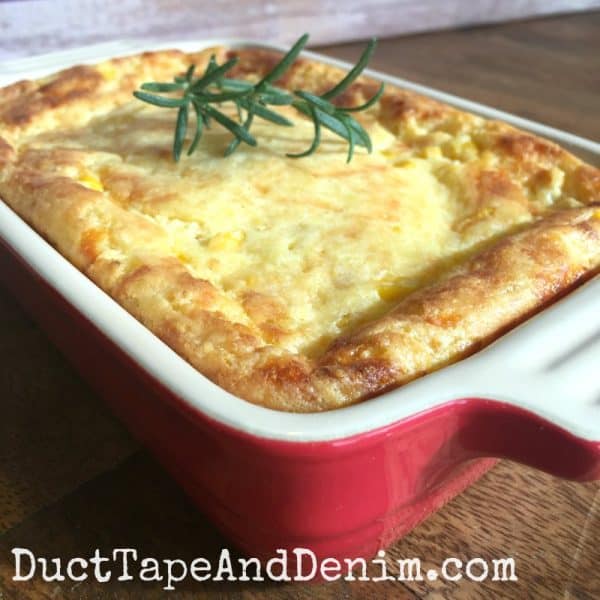 This recipe is so delicious you won’t believe how fast and easy it is.  And it’s one of those that I look at in the fridge the next morning and think, “Why can’t this be breakfast, too?”

Thanks for reading my blog!  Let me know in the comments if you have a corn pudding recipe.  How is it different? Originally published December 9, 2016.  We share on these blog parties.  Featured on Fiesta Fridays.