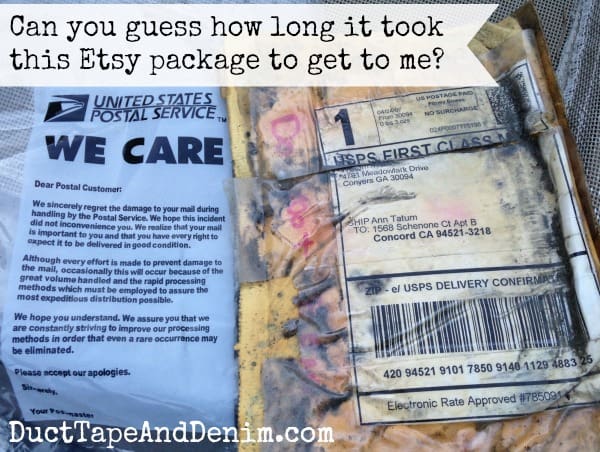 This is the story of an Etsy package.  A package that arrived at my house just a few weeks ago.  I was a little sad about it’s appearance.  I thought maybe it had fallen out of the mail truck in the mud and been run over.  At least it wasn’t wet.

When I opened it I found some Bingo cards and other ephemera.  Funny… I didn’t remember ordering any of it.

So I went to Etsy to see how long ago it was.  I kept scrolling further and further back without finding anything.  Then I did a search and…

Do you want to take a guess?

I ordered it on Etsy SEVEN AND A HALF YEARS AGO!!!

At that time I had a conversation with the Etsy shop owner and let her know that I hadn’t received it.  She told me it was shipped and she had good reviews so I didn’t doubt her.  I gave her neutral feedback since I didn’t ever receive it.

I tried to send her a message to let her know that it finally arrived but she no longer sells on Etsy.  At least under that name.  So if you know  “theladyscloset” who used to sell on Etsy please let her know that the package arrived.

If this package could only talk.  I wonder where it’s been for so long? 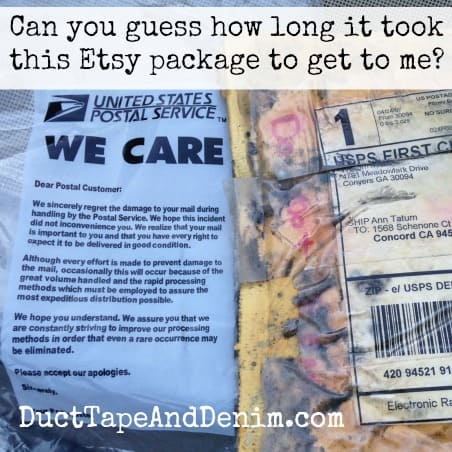 Leave me a comment and let me know what was the longest delivery time for any of your packages!